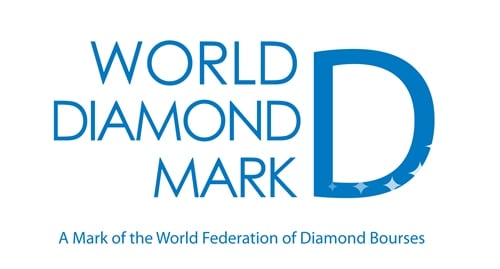 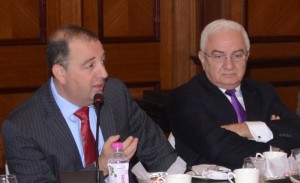 Rami Baron, president of the Diamond Dealers Club of Australia and a core member of the founding committee of World Diamond Mark project, speaking during the WFDB Executive meeting last October, in Mumbai. Seated next on his left is WDMF chairman Alex Popov. 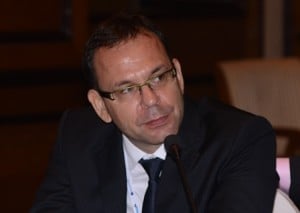 Nicolas Chretien, a branding and marketing consultant from Singapore listening to the discussions about the World Diamond Mark project during the WFDB Executive meeting last October, in Mumbai. 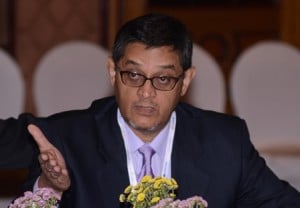 Suresh Hathiramani, president of the Diamond Exchange of Singapore and a core member of the founding committee of World Diamond Mark project, speaking during the WFDB Executive meeting last October, in Mumbai.

Popov and his colleagues are meeting with representatives of the Gems & Jewellery Export Promotion Council (GJEPC), headed by Vipul Shah; the Bharat Diamond Bourse, led by BDB president Anoop Mehta, and the executive board of the Indian Gem and Jewellery Trade Federation.

Popov explained that the WDM's global objective is to ensure the health and future growth of the diamond and jewellery industry in the luxury market sector. "It is based on three fundamental principles: the education of the jewellery retail business community about diamonds; confidence building with the consumer public with the WDM accreditation programme and the creation of a generic marketing programme to promote diamonds and diamond jewellery, based on the Authorized Diamond Dealer concept®," he stated.

The Authorized Diamond Dealer® concept is the cornerstone of the WDM programme. The international diamond business community, represented by the WFDB, will accredit jewellery retailers as Authorized Diamond Dealers. "This will lead to greater and wider brand recognition of diamonds as a luxury product and to the increased visibility of diamonds in jewellery shops and outlets. Worldwide marketing campaigns will add to greater consumer confidence and enlarge the slice of diamonds in the luxury spending pie," the WDMF chair explained.

The World Diamond Mark Foundation is a not-for-profit foundation that came into existence formally last month in Hong Kong, SAR, China, following the approval of the foundation's charter at the Presidents Meeting of The World Federation of Diamond Bourses (WFDB) that was held in Istanbul the past June.

"This is good news,' Popov noted. "The WDM's core team has done a fortune of work during the run-up time toward the WDMF's incorporation. For all practical purposes, the Foundation's incorporation means that we can now begin operating the World Diamond Mark® (WDM) programme with the backing of the legal structure of the WDMF." Popov noted that in Istanbul, WFDB president Ernest Blom was elected as the WDMF vice chair.