Where is the World of Diamonds Today?

I'm sitting on the plane having left Tel Aviv after completed a marathon 3 days at the Presidents meeting of the WFDB. On the seat to my left is Paul Rowley, DeBeers Executive Vice President of global sight holders whom I met the day earlier at the Think tank meeting of the World Diamond Mark - a subject close to my heart as many of you would know.

The model of the WDM  is to build a generic marketing platform for the diamond and diamond jewellery industry. The common theme is innovate and create a generic marketing platform to engage consumers. The big producing companies of DeBeers, Alrosa, and Rio Tinto have recently set up a Diamond Promotion Association, and the question remains: can we find a common ground to leverage each other’s strengths to ensure we don’t waste resources but maximise our “bang for buck”? The impression I got from my colleague on the seat to my left  was that the door was open, but like any savvy executive there were no absolutes, and in fairness it was our first tangible meeting.

The most common question I get is “so was anything achieved at this conference or is it just a nice social get together?’ I will answer this by saying I am sure there are some who just come for the camaraderie. But i'll speak for myself and the executive team of the WFDB, and answer it with the following example of our timetable: Get up at 6am for a 7am sharp breakfast meeting for 2 hours before the working sessions and formal agenda begins from 9 till 12, scramble for some lunch, more meetings till 5, and then a formal dinner from 7 till whenever, and  then repeat again.

Read on and you will appreciate what you missed out on. We attended lectures on the state of the market with highly knowledgeable speakers such as Chain Evan Zohar who possess a wealth of historical knowledge as well as tremendously detailed statistical data with which he and Pranay, his business partner, can clearly demonstrate to the industry the trends which are evolving.

Our eyes were opened by Dr Frank Muller to the broader and more creative perspective of marketing strategies which are employed by big brands. What Dr Muller divulged was highly confronting. The big fashion brands of jewellery  watches and clothes, regardless of the fact that they are traditional competitors to each other, want to build a joint web trading platform to in effect corral the consumer into their very own ecosystem. If they succeed in doing so, non-branded product will be crushed in the retail environment as all the "cool brands" will reside in one space.

I know what you’re thinking, there will always be those who don’t want these type of goods, and yes you are right. However if they can capture the 80%, then the rest are going to be cannibalising each other for the paltry 20%.

What is the answer or solution? Developing our own trusted symbols such as the World Diamond Mark, or like we see in the leading Hotels of the World, brands as symbols of trust and confidence to enable us to provide that viable alternative for our products and the downstream market.

I want to go left field for a minute and give you a few examples that Dr Muller shared with us. He discussed products in the branded space for us to understand how we can communicate a message and some of the problems even a great brand can have over a period of time.

Rolex is about saying you have arrived. If you look at their use of the best sports people, adventures sailors, golfers, it's all about that carefully developed story which says wear a Rolex and you too are a winner.

Now lets look at Mercedes Benz and BMW, they are now facing a problem where they have cultivated a market for a long time about speed and safety, but their customers are now middle-aged and the younger generation does not necessarily want to drive the same car their father does. This means they are having to rethink where to next, and what will be their brand story. 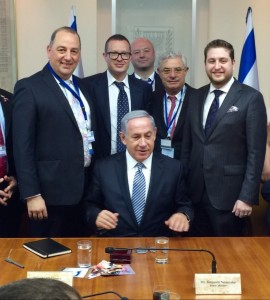 A tremendous success story (which is my favourite) is that of the most exclusive watch brand, Patek Phillipe. This brand was a watch for collectors and the very wealthy, while being marginalised by the mass marketing of other brands. The question here was how do you communicate and attract a new client who does not understand the craftsmanship of a complicated watch that’s so special, and at the same time provide a broader appeal as to why you should buy something so unique.

Patek  created an advertisement where you saw a father and son side by side , and the message which is now iconic: “you never actually own a Patek... you merely  hold onto it for the next generation,” had  the result of a 5 times increase in sales. Patek has achieved a position where it now produces a particular watch which it sells for $800,000 euro. They make a limited number and decide who gets to buy one on the basis of how many Pateks you already own. The final word is with Mr Stern the CEO... need I say more?

I know I jumped around a bit on this one but I could only touch on some of the issues we are being faced with. There is the issue with GIA and a new treatment on diamonds that at the time of going to press they did not have a definitive answer as to what it was. There are further issues with large banks pulling out of the diamond sector, and alternative sources of finance are required. There is the cleaning up of EGL to bring itself to a standard which we can all accept, and they are prepared to be monitored by a third party to prove their intentions. Last but not least, the sheer frustration the trade has with RAP and the diamond industry’s desire to find a different pricing guide or at least a viable alternative.

On a final note, rest assured the world takes note of the WFDB , whether it be in Mumbai last year with Prime Minister Modi and President Putin attending our conference, or now in Israel where we had a private meeting with Israel’s Prime Minister Benjamin Netanyahu. The world of diamonds plays a significant role in many countries' revenues, and it is only by being a member of diamond bourses and clubs around the world that we ensure that we are heard and respected and that our livelihood is protected - it is through the parent organisation of the WFDB you are heard. Rest assured, there are a number of groups with their own agendas who will try to marginalise and diminish the diamond industry as we know it today.