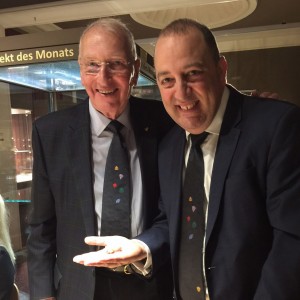 Inspecting a 100ct crystal of diamond with Dieter Hahn

More importantly: are you inspired?

It’s so critical to search for what inspires us. Without inspiration we lose our passion, our desire to improve, and our motivation to grow. When I jump on the Young Jewellers Group Facebook page I am often inspired, when I watch TED talks I am constantly blown away by the passion to change the world that so many have. In their case they really are agents for change, and one can’t help being mesmerized by the altruistic behaviour so many show to the world at large.

I recently returned from a trip to a unique little city called Idar Oberstein. Tucked away in Germany, this village was once the centre of the finest gem cutting in the world. Before WW2 there were thousands of cutters, and post-war Idar rebuilt itself to a degree. The challenges of low labour costs  in the Far East mean that today only a handful of such businesses survive. 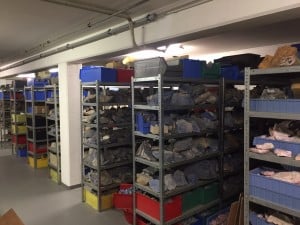 It was in this town that I had the chance to meet with three businesses who inspired me. Hahn and Sohn, led by their patriarch Dieter Hahn (a diamond cutter by trade) is a company which became the first diamond cutting factory in Germany, and still remains a strong business after 130 years.

Dieter himself was a generous host to the executive meeting of the WFDB. As a man who has dedicated his life to the diamond trade, he has has given decades of service to both his local government and the World Federation of Diamond Bourses, and never lost sight of the most important things... family.

One can’t help but appreciate the passion he has for his business, and the fact that he is now passing the torch to his daughter and son-in-law, who will in turn hand it on to the next generation. I found this inspirational, as it was living proof that a family business can still be handed down through the generations successfully. 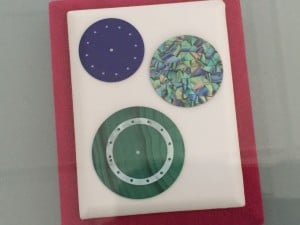 Next we met Bernd Willi Ripp, a gem merchant like none I have previously encountered. He took us into a seemingly innocuous little building and allowed us to appreciate that no matter what is happening in the world today, innovation and technology can turn you into a world leader.

The basement which was a quasi-vault contained tonnes - and I do mean tonnes - of rough gemstones of every variety one could dream of. Sapphire, ruby, malachite, onyx, meteorites (I am not joking) coral, both types of jade, aquamarine... not to mention the synthetic sapphire they have created for watch faces. 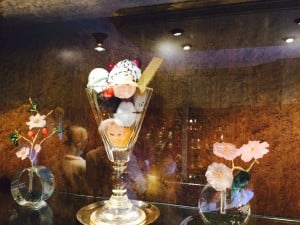 Not real ice cream, but real gemstones! A creation by Manfred Wild

The business has three areas of focus. On the top level it housed incredible laser cutting machines which could slice gems into paper-thin watch faces to 100th of a mm accuracy on both sides. These were aimed at the high end watch industry in Switzerland.

The second business centre also sliced gems, but this time into unique shapes which were used in inserts for jewellery, largely produced for big brands .

The third business unit was fine gems, which were faceted and displayed in a room filled wall to wall with little boxes, each containing superior gems of every shape. There were also trays of exquisitely polished Opals; pretty cool when you come from OZ (we're the largest producer, it's also our national gemstone) and see such a fine collection.

So here you have a businessman who understands the importance of investing in stock in the long term, acquiring the most sophisticated technology for their industry, and looking to see where they can become so specialised in what they do that they are able to compete with the biggest and the best in the world of fine coloured gems.

Last but not least, we met a gentleman by the name of Manfred Wild. This man is an artisan like no other, and I was truly gobsmacked when he took us  into his Aladdin’s cave of wonders, a front room in his home.

I could never do justice to this man’s craft with words on paper , which is why I had to include photos. I will try my best nonetheless. Manfred is world renowned for crafting sculptures from gemstones. He has been told by the head of the Fabergé museum in Moscow that his collection of Fabergé eggs (that he has created) are in many ways equal to, if not superior, to their collection.

His philosophy is that he looks for the imperfection in gems and then begins to form a story around this imperfection. With a team of master craftsmen, gem carvers, engineers and jewellers he builds sculptures which may resemble just about anything: animals, a slice of cake, or a glass filled with scoops of ice-cream so exceptionally crafted one wants to taste them, only to come closer and see they are highly polished orbs of different gem stones; a Fabergé-style egg which reveals a dragonfly encrusted in gems which can be removed and worn as a brooch; A complete train set with carriages each crafted in 18ct gold and fully moving parts, and little houses on the track with roofs made from sheets of  ruby. The miniature trains carried black coal made from thousands of carats of black diamonds... you know, just to maintain the standards. I could go on and on.

I am sure you are itching to ask: did he have a customer for all these items and were they commissioned?

The answer is no. 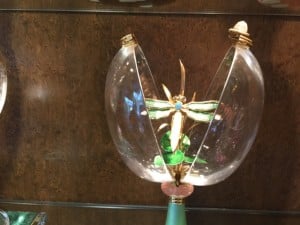 Sometimes he was given a vague brief when a gift was requested for someone in a royal family. In most cases, Manfred lets his imagination take over and crafts breath-taking pieces with his team, never to be repeated again. So how does he afford to indulge himself if he crafts these things that can sometimes take years to finish? How does he make money?

His answer: "It’s my passion. I don’t own a car but I have a comfortable home and I love my wife."

Fredrick is in his late 70s and he hasn't indicated a succession plan, however he continues to live a life of passion and imagination.

What inspires you? That’s a question only you can answer. All I can say is that I continue to meet men and women in our global industry who inspire me as to what is possible.

This was a trip of a lifetime with a special thanks to Dieter and and Jochen Müller (president of the Diamant- und Edelsteinbörse Idar-Oberstein eV) who were such generous hosts.