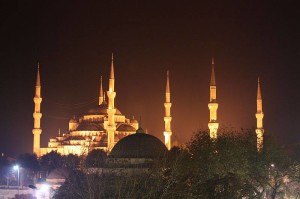 The presidents meeting addressed diamond and jewelry taxation, which varies by country, and developing markets. Chaim Even‐Zohar, an industry speaker from Israel, led two presentations, the first of which dealt with taxation and the second provided an overview of the banking sector as it pertains to the diamond industry. These presentations created great interest, but they were not without controversy.

A number of new WFDB committees were confirmed during the Istanbul meeting, with the intention of increasing organizational effectiveness and leveling the management hierarchy in an effort to improve response time to its members.

Canada and South Korea both intended applying for WFDB membership, with the South Korean delegation holding its presentation during the event. Another highlight involved signing necessary documents to proceed with the registration of the World Diamond Mark Foundation, thus allowing the Mark Committee to proceed with arrangements and funding. Members also address developing better channels of communication, including the use of new media.

WFDB's president, Ernie Blom, said, ''During our meetings in Istanbul we consolidated our position as the world's leading diamond organization, representing the full value chain from mine to finger. This was further consolidated with the historic agreement signed in Istanbul between the WFDB and CIBJO to work together to enhance and develop the diamond and jewelry industry.''

Blom thanked Istanbul for hosting the meeting. The next meeting for the WFDB will take place in Antwerp in June 2014, in the form of the WFDB World Congress.