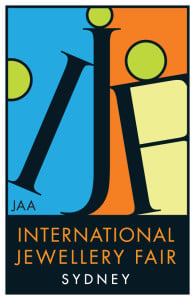 I'll be giving a presentation at the International Jewellery Fair in Sydney at 12pm on Sunday, September 1st, unveiling our plans for the World Diamond Mark and expounding on the history of diamond marketing. Below I answer a few questions posed to me by Jeweller Magazine on the coming talk:

As an executive member of the WFDB and part of the select team spearheading the new initiative, Baron will give Australia its first official preview of the WDM at the upcoming Sydney jewellery fair.

His presentation will also detail a brief history on the world of diamonds. Baron said that most retailers would agree that the WDM was a great idea but they needed to be aware of the transition from the past as there were many young people who hadn’t heard of De Beers or didn’t understand its former role and importance.

“In speaking with many people as we began to research the WDM, I realised that we should not assume that the audience we speak to has an understanding on the history of diamonds. I think it’s important to explain it right from the Oppenheimers story up until today,” Baron said.

“The presentation will include the former international De Beers advertising campaign and the problems in the 1970s that Israel had trying to take on De Beers. It also explains a little bit about the World Fed [WFDB] and the diamond pipeline and then introduces the new WDM,” he added.

For example, Baron said he explains how US$12 billion of rough finds its way into consumers’ hands to eventually become a US$72 billion retail industry.

“It’s not a long, drawn-out talk, it’s basically a quick and non-technical explanation about how the trade went from a monopoly to where it is today and, more importantly, where it’s going. I paint a picture of why we need something like the WDM and why it’s relevant to Australian diamond retailers and dealers.”